“So far, the EwDoor in our view has undergone three versions of updates, and its main functions can be summarized into two main categories of DDoS attacks and backdoor,” the researchers noted. “Based on the attacked devices are telephone communication related, we presume that its main purpose is DDoS attacks, and gathering of sensitive information, such as call logs.” 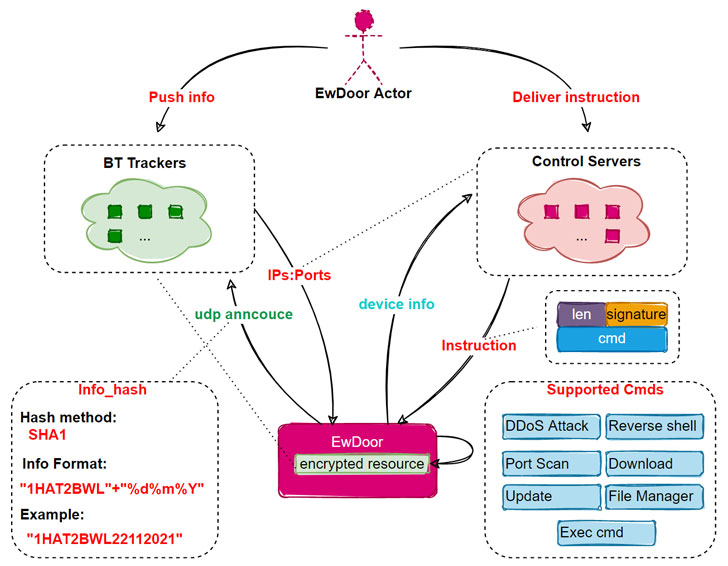 Propagating through a flaw in EdgeMarc devices, EwDoor supports a variety of features, including the ability to self-update, download files, obtain a reverse shell on the compromised machine, and execute arbitrary payloads. The vulnerability in question is CVE-2017-6079 (CVSS score: 9.8), a command injection flaw affecting the session border controllers that could be weaponized to execute malicious commands.

EwDoor, besides gathering information about the infected system, also establishes communications with a remote command-and-control (C2) server, either directly or indirectly using BitTorrent Trackers to fetch the C2 server IP address, to await further commands issued by the attackers.

When reached for a comment, AT&T said “We previously identified this issue, have taken steps to mitigate it and continue to investigate,” and that “we have no evidence that customer data was accessed.”